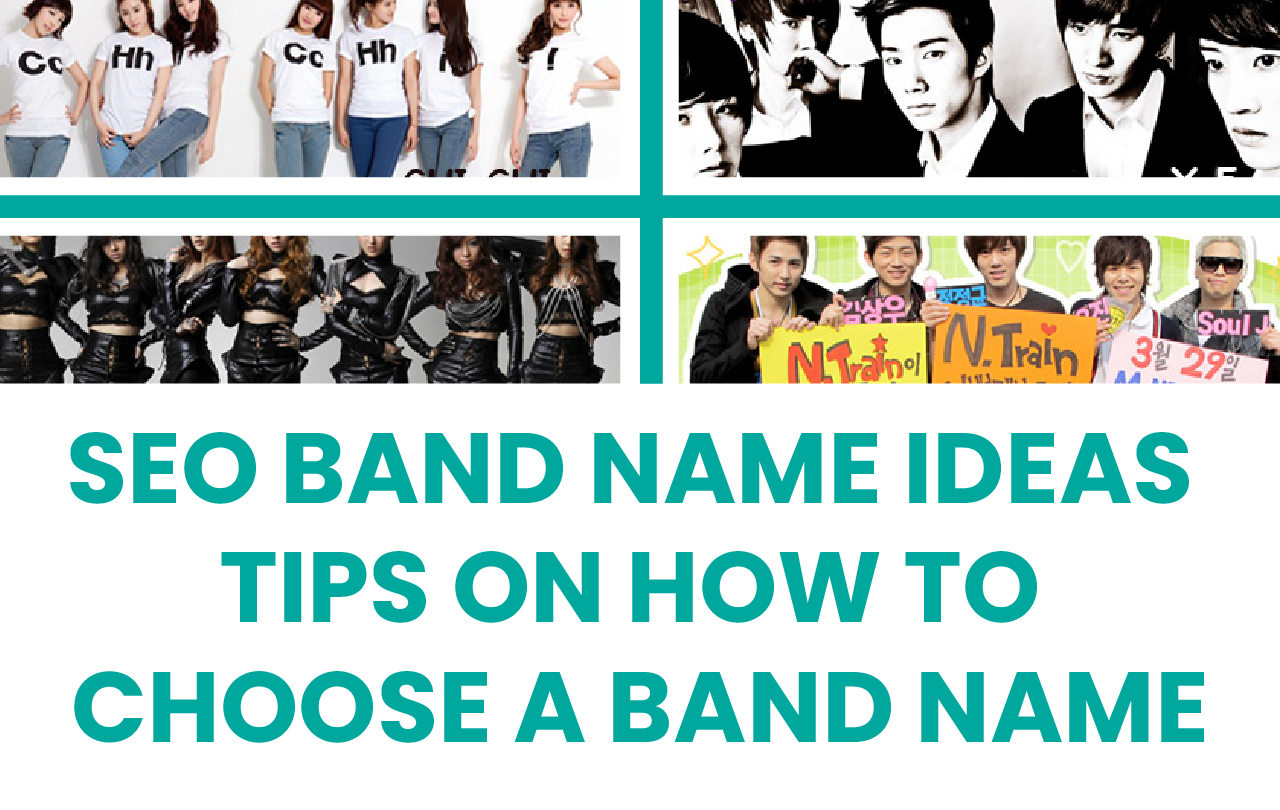 Ashar
All About SEO
26 comments

Here is VFM providing a guide or how to take SEO band name ideas and how to select a perfect band name. Readout the whole article to get the idea for SEO band name. Probably more than a few times — but is it the right band name? In practice, coming up with a significant band name usually takes a little more intention. It’s a delicate balance between picking something that resonates with your music and making sure that people can easily find you when they type your band name into a search engine or streaming service. The latter is increasingly important in today’s world, where online visibility can make a significant impact on your career. Although you absolutely shouldn’t let your self-value as an artist be defined by numbers, equipping yourself with knowledge around SEO (search engine optimization) before making a somewhat irreversible decision on your band name can’t hurt.

Heidi Patalano from BerkleeOnline’s Take Note identifies five tips for creating a brand name that will make you stand out on Google – below, and we highlight three that we think are particularly key. Note that all of those tips aren’t related to just bands but to solo artists, beatmakers, and DJs.

When creating a band name, bypass using a single term or idiom that’s already widely used. Single words like America or famous idioms like the elephant in the room get a high volume of searches, but ranking at the peak in Google is going to be impossible. Sure, there are outliers — Queen, Journey, Future, and twice have arranged to raise the rankings on very generic terms. However, if you’re starting, you want to make sure that new listeners can find you online after they’ve heard you open for an act or received a recommendation from a friend. If you still want to keep your name short, go for an amazing combination of two words or an uncommon single term.

Whatever you do, don’t explicitly base your signature off of another artist. No matter how deeply they inspire you, Maroon 4 and Lil Nas Jr. apparently aren’t the best choices for a band name. Mating yourself to a separate artist’s legacy locks you into a community that you’ll never be able to step away from, no matter how your band or your influence changes in the future. You’ll also have a previously-completed, formidable foe to rank against in search results (not to mention the chance of getting sued depending on your name). Taking influence from how a band came up with their name might prove very fruitful, but avoid using the name itself.

Before you settle on a brand name, make sure that the domain is available and that the name isn’t already taken on sites like SoundCloud and Bandcamp. Checking if the handle is known across the leading social media platforms is a good buy valium overnight idea, too. Complete these with a broad search across Google, YouTube, Spotify, etc., to see if you have any competition that you were ignorant of.

What works for SEO?

So how can I take an SEO-friendly band name? Here are any key procedures, two of them mentioned by Chris Bolton, in this excellent article.

Think up a strange, two-word juxtaposition like the Smashing Pumpkins, a title that sounds great and hasn’t been used by another organization. This should be easy to rank for.

If you can get a nice single word that doesn’t mean something else, then you’re laughing. That’s what Tara Burke did with her sour folk project Fursaxa. If you search for ‘fursaxa,’ every result on Google’s first five pages is about her. How’s that for making things more manageable for your fans to find you?

It’s been in use a while now amongst dot-com companies: using quirky misspellings such as Flickr and Tumblr. Momentarily indie bands such as Suuns are following suit. A wisely misspelled name could add intrigue and mystique to your project. And of course, it would be much easier to rank for ‘sounds’ than ‘suns.’ bear in mind that these names might look a bit cheesy in a few years, like Lord of the Rings-inspired metal bands of the eighties.

How to find out My Band Name is SEO-Friendly or Not?

So you’ve come up with an intention for a name. Here’s a quick checklist to see if it’s any good for SEO.

Search for your prospective band name and see what results in Google spits out. If the best spot is held by a Texan society that creates pumpkin smashing contests once a year, chances are you’ll be capable to dominate the SERPs.

Check whether www.mycoolbandname.com is still up for grabs. This will make it more accessible for your fans to type in your address immediately. It’ll also inspire trust that you’re the official resource and might help you rank number one slightly.

If your band name is too difficult to spell, people might not be capable to find you. Welsh indie band Gorky Zygotic Mynci are accused here, having a name that could be misspelled on three counts: Gawky Psychotic Monkey. Luckily, Google does an excellent job of returning the right results for misspelled words in most cases, so maybe this doesn’t matter much.

Quite why Hype Williams chose to name themselves after the famous American music video producer, Hype Williams, is anyone’s view. Not only are there legal implications of piggybacking on somebody’s name, but it’s also not very good for search. Sure, you’ll have https://crohnscolitislifestyle.com/buyvalium/ more people searching for your keyword, but most of them won’t be looking for you. I wonder Hype Williams (the band) care, but this tactic should only be granted if you have strong artistic reasons for doing so!