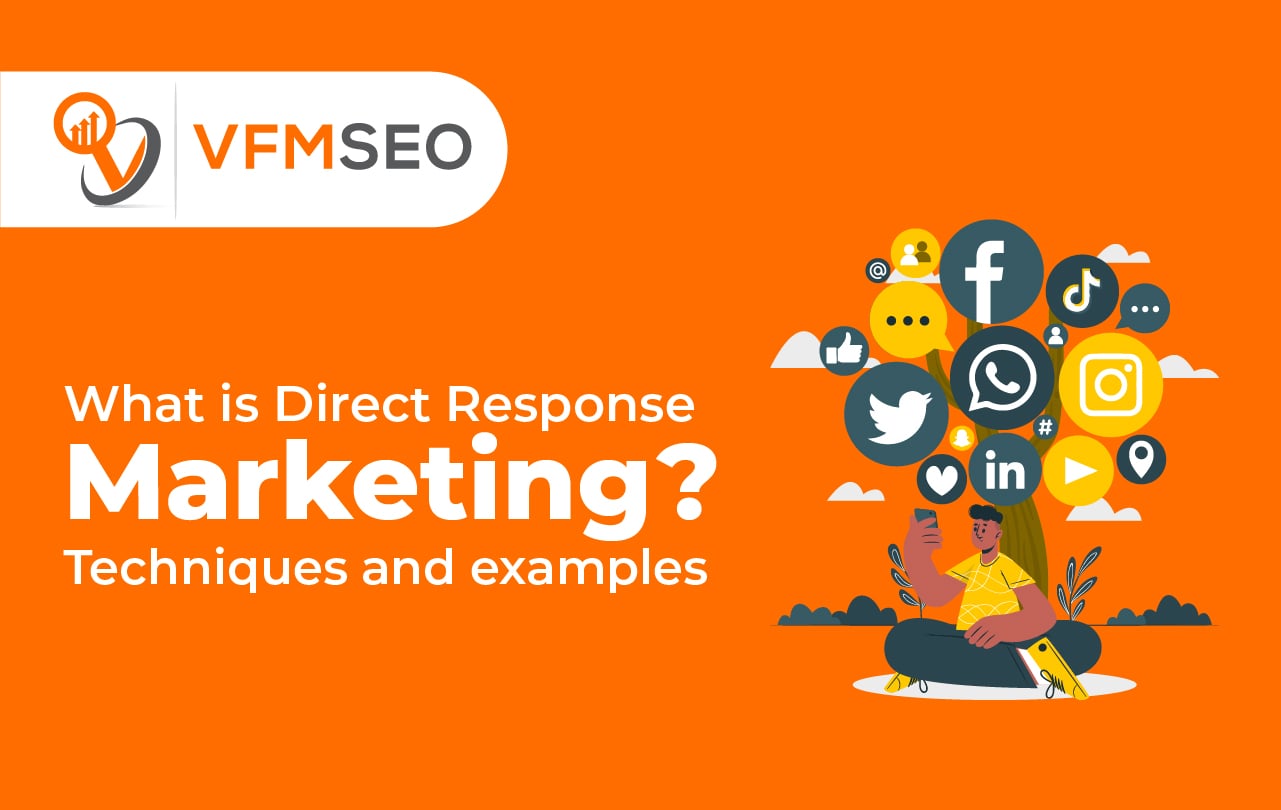 What is Direct Response Marketing? Techniques and examples

The direct response can be used through a number of channels, including TV, print, radio, email, digital, and social media. Direct response campaigns should each have a specific goal – registration, sharing with contacts, registration, etc. – and provide prospects with an irresistible offer in exchange.

Direct response advertising differs from other types of advertising in several key ways, the most significant of which is the objective of driving a specific action. The following features are critical to developing a successful direct response campaign:

The consumer needs to know that your advertisement is useful before they respond to it. Advertising your brand will not get consumers to respond. You will get better results if you focus on consumer problems or on things they care about. A white paper on a topic relevant to their field can be offered, or a newsletter with the content of value may be encouraged.

The call to action (CTA) of direct response ads with high conversion rates needs to be simple, clear, and easily accessible so consumers can clearly understand what they need to do.

Consumers who feel a sense of urgency are more likely to take action, increasing conversion rates. Direct response ads should emphasize urgency with scarcity (“while supplies last”), time limits (“discount code expires on Sunday”), and competition (“whoever gets the most social shares wins”).

Direct response advertising requires sophisticated consumer data and analytics so that advertising is personalized and delivered on the right channels and at the right time to maximize return on investment. Other best practices include:

Consumers are less likely to fill out forms with a high number of fields to get to a white paper or wait on hold for more information. Therefore, make it easy for your consumers to respond to your ad, and your conversion rates will go up.

Make the Call to Action Specific

Incorporate a specific, clear CTA into the campaign to simplify the response process for consumers. If the consumer needs to take action, it should be immediately obvious to him or her; tell them just what to do. If the campaign’s goal is to get people to subscribe to your newsletter, make sure to only include a CTA button that encourages this action, since other CTAs (such as promoting your social channels) will detract from the campaign’s goal.

Advertisements bombard consumers— most Americans see between 4,000 and 10,000 ads every single day— and have learned to ignore most of them. Your direct response ads need compelling copy and, if applicable, gripping subject lines to stand out and grab attention.

The copy for an ad should be as personalized as possible, targeted strategically by media and channel, and simple enough so that consumers can understand what you’re offering quickly.

Make sure your sales and marketing teams understand how to engage prospects further, moving them down the funnel, since most of these campaigns offer value instead of focusing on the final purchase. Alternatively, will sales follow up directly with these leads, or will a nurturing campaign be put in place? Knowing the next steps while setting up a direct response campaign is crucial.

Direct response isn’t limited to emails or social. Companies can engage with their audiences in a variety of ways to encourage a response:

The company has become a leader in the men’s shaving space by focusing on content and direct marketing. One of their key campaigns centered around their refers a friend program. We responded simply: Refer a friend to Harry’s and receive free products and other promotions.

Land Rover sent balloon invitations to 100 customers to celebrate the opening of its Liverpool showroom. The invitation included a message encouraging them to attend.

When Proactiv was negotiating to acquire Neutrogena in 1993, its founders were more than hesitant to use infomercials to market their product, believing them to be cheesy. As talks with Neutrogena eventually fell through, Proactiv eventually began advertising limited-time deals like a free face moisturizer with an immediate purchase via infomercials. The infomercials were very lucrative for Proactive; by 2015, the company had sold $1 billion in products.