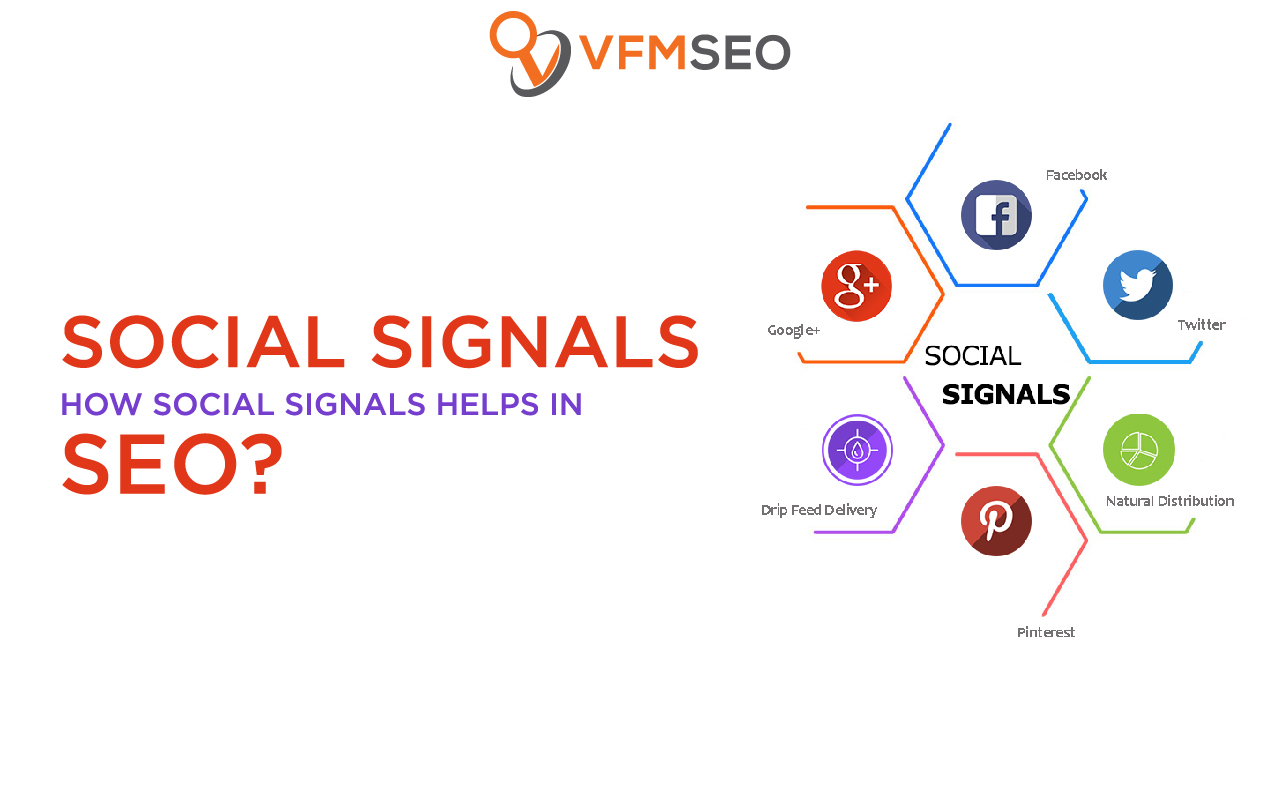 Social signals describe how a web page is perceived by search engines based on backlinks generated by social media channels, for example, through sharing a webpage on Facebook or Twitter. It is debated to what extent social signals affect the ranking of a webpage.

The term has been used since the massive success of social networks such as Facebook and Google Plus. Social signals are also utilized in other online social networks such as Twitter, Pinterest, and the Tumblr social service. Here, comments, likes/PlusOne, interactivity, and activity can be regarded as social signals. Analysis of social signals can also help characterize potential customers’ behavior, also known as social proof.

Social signals refer to a webpage’s combined shares, likes, and overall social media visibility as perceived by search engines. These activities contribute to a page’s organic search ranking and are seen as different forms of citation, similar to backlinks.

Social media is now more than a messaging and acquisition channel: it immediately impacts an online store’s SEO. This makes it more critical than ever for eCommerce operations to build a cohesive social media strategy that focuses on promoting high-value campaigns, sales, and products.

A search engine’s chief aim is to give high-quality, relevant content to users. Search engines gauge the quality mainly by how frequently a URL is seen throughout the web. As more web communication has shifted to social media, Google and other search providers have integrated social signals as a ranking signal.

Increased social signals show good domain authority and demonstrate a URL’s value. When large numbers of users share and like a page, it suggests that the page is genuine and contains substantive or entertaining content. Search engines can sometimes lag behind the lightning-fast trends inherent in the social media universe, so tapping into that pulse is essential.

Because so much sharing now occurs on major social media platforms, social signals may become as crucial to SEO as time on page, editorial linking, and content quality. For businesses looking to raise their search rankings, it indicates that a complete social media strategy might be in order – in addition to all of the usual SEO tactics. In other words, systems designed to increase social media engagement can also raise your website’s search engine ranking.

First and foremost, strong content is essential. Valuable, entertaining, or informative content always engenders more positive interaction than blatant or spammy advertising. Some tried and real strategies for turning up the volume on your social signals are:

Social signals are yet another metric in the previously complex and mysterious field of SEO. White the major search engines are black boxes. Social media chatter inevitably affects a website’s popularity. Increase social media engagement, and your site may extend to the top of the ranks.

The extent to which social signals influence the search engine optimization and ranking of a website are still controversial. Although there are always signs of social signals as a ranking factor, this will remain speculative until Google officially confirms it. Social signals can also be regarded as a part of the marketing mix in online marketing.

This is because they can also be influential in broadening a brand’s scope due to their eventual positive influence. Through likes and shares, new and exciting content can be broadcasted mainly in just a few minutes. Based on this, today’s social media investments can result in better placement of websites in the future should social signals be introduced as a ranking criterion. It could then be too late for many companies to establish a reputation in social media services.

Are social signals a ranking factor?

Are Social Signals a Ranking Factor? First of all, Google states that social signals are not a direct ranking factor. This doesn't mean social signals won't indirectly help with Google SEO, which we will discuss later, but it means it won't directly boost your rankings in Google.

Is social media right for SEO?

Just like social media itself, social signals are not a wonder SEO secret weapon that can deliver excellent rankings in next to no time. However, the same usually applies to all other SEO measures, and a one-sided marketing strategy is hardly likely to be successful in today’s climate.

To ensure successful search engine optimization, one must rely on several approaches that interlock and complement one another. Social signals can thus improve your business success, but only if they are combined with good content and active participation on social media channels and other SEO measures.